Topping the sporting achievements for the weekend, Luke Dawkins and his football team Whalesmead Thistle have won the Jack West Trophy.
After a very nailbiting cup final against Ropley, the score went to 5-5 at full time.  With no further goals at extra time, the dreaded penalty process began.  With the final score being 3-1, Luke’s team were wet, muddy but proud cup winners!
Well done Luke! 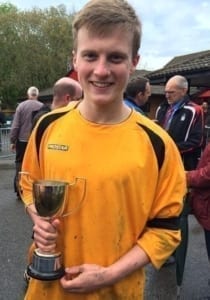 Our Marathon of a Day!Blog
Employee of the Month for May 2014Blog
This website uses cookies to help improve your experience. Find out more