Neil gets put on the bench

Neil attended the Annual Networking Event organised by AUCSO earlier tonight, held at the home ground of Manchester United FC this year – Old Trafford! AUCSO has hosted a range of events over the past few years, with the evening usually involving a formal sit-down dinner followed by a range of activities that allow attendees to speak in an informal setting, getting the best of both worlds.

This year, Neil has enjoyed a traditional meal of fish and chips before embarking on a stadium tour, though his loyalty to Leeds had him cringing slightly! Loyalty aside however, we’re sure if Manager Louis van Gaal had asked Neil to play in the side against Tottenham this weekend, he wouldn’t have hesitated for a second! Hard luck Neil, but thanks to the AUCSO organisers who once again have created an excellent event. 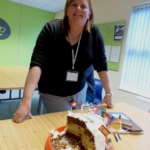 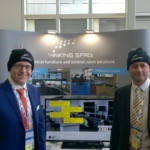 Hats off to another good AUCSOBlog
This website uses cookies to help improve your experience. Find out more