Taking stock of our situation…

Annual stock-take day brought about teamwork across the departments as staff got stuck into counting screws and weighing bolts. Few were spared from the task – many hands make for light work after all – though this helped the day rush by, with a little chatter keeping everyone’s minds busy during the sometimes mindless tasks. We were helped along was a tasty platter of sugary bakes, giving us extra energy to get the job done in record time.

There was the added incentive of a company-wide competition (yes, another one); to win a bottle of bubbly (or similar alternative. All employees were allowed to guess the total cost price of all stock currently held in the factory, with the estimates having a huge range between them.  But in the end, Luke’s ability to stick to the middle made him the proud owner of his choice of poison – beer! 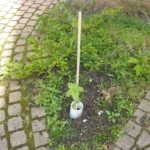 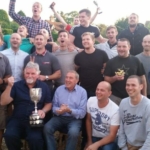