The winner is revealed…

Last Wednesday saw the final of our eagerly awaited TSS Bake-off competition. For those waiting with bated breath, the winner is revealed!  But first, let’s take a look at our 5 amazing entries and their creative origins.

Beginning with our guest baker, Steve Taylor’s masterpiece was representative of his day job, selling Kanya! Making a ladder shape using 4 individually iced rectangular pieces, it was designed to simulate two profiles being joined by connector pieces. Allowing for personal preferences in taste, the chocolate sponge connectors were wrapped in strawberry icing whilst the vanilla sponge profiles were favoured with either lemon or orange and topped with vanilla icing. To add a little detail, Steve used black icing to outlines drilling holes and created an overall impressive display.

Finalist Matt’s entry also had a hint of orange but was inspired by the fourteenth birthday of the company this year in May. Using a new recipe to test his skills, Matt went through a process of trial and error as he battled over oven issues to find the right temperature and the correct amount of baking time. However not one to give up, he presented the judges with a double layered, orange-flavoured sponge, separated by vanilla buttercream and displaying a smooth coating on top too. Chocolate lettering was carefully piped on afterwards, noting ‘Thinking Space – 14 Years’ in recognition of the anniversary.

And a continuation of our uniquely and deliciously flavoured goods, Alastair’s goal to present a cake which had never been baked before was met when he announced he had made a Jamaican Ginger cake! Related to Thinking Space through the Jamaican heritage of one of our staff members, Byron, Ali also noted that Byron had been the guest judge during the heat of the bake-off he had won, strengthening the link. A recipe involving black treacle, golden syrup, cinnamon and sour cream, Ali was thoroughly put to the test to create the ginger infused sponges, both of which were covered with a thick cream cheese icing that was held in place with brushed on ginger syrup. To add adornment, Ali used crushed ginger biscuits around the base and cut up stem ginger to create a butterfly outline, the logo of charity Jane Scarth House.

Also sticking to the announcement she made prior to the final, Amrit created a playful picture to illustrate our Managing Director Waynes’ sailing adventures, using cake, sweets and toys as props. Simple buttery vanilla sponges, three cakes were cut into the correct sizes and shaped to represent a sailboat, before being smothered in different coloured icings and covered in a variety of sweets. Drawing on the experience of Wayne’s sailing experiences, Amrit used chocolate munchies to create rocks and a red lifeboat to depict the sailboat being pulled back out to sea, before she added splashes of colour in the form of fish, a sun, clouds and moss.

Taking a step back from the childish antics however was Connor’s beautifully presented chocolate red velvet cake. Using the literal name of our company as his inspiration, Connor covered the double layered cake with black royal icing before adding silver glitter spray to replicate our starry night sky. Taking it a step further, he planted smaller cake ‘planets’ around the outer edge of the cake, each with a letter of ‘Thinking Space’ piped on, before adding a few to the top of the cake for further decoration. Good enough to eat, it also looked professional enough to be in a cake store!

However, there could only be one winner. With guest judge Wendy Morrish, a Trustee of Jane Scarth House, adding to the judging panel,  the final winner is revealed…

Alastair and his Jamaican Ginger Cake!

Congratulations Alastair, it was a cake to be proud of and well worth the title. We hope the competition has been a source of inspiration and perhaps even helped you gain a hobby.

A big thank you to everyone involved, including our guest judge Wendy Morrish from Jane Scarth House, and all other contestants. It has been a particular success in the fundraising stakes, as £164 was raised as a result!

Our next challenge is the Romsey Relay Marathon, please support us our team Ten Novus 4 Jane on Sunday 14th May, and visit our Justgiving page to donate. 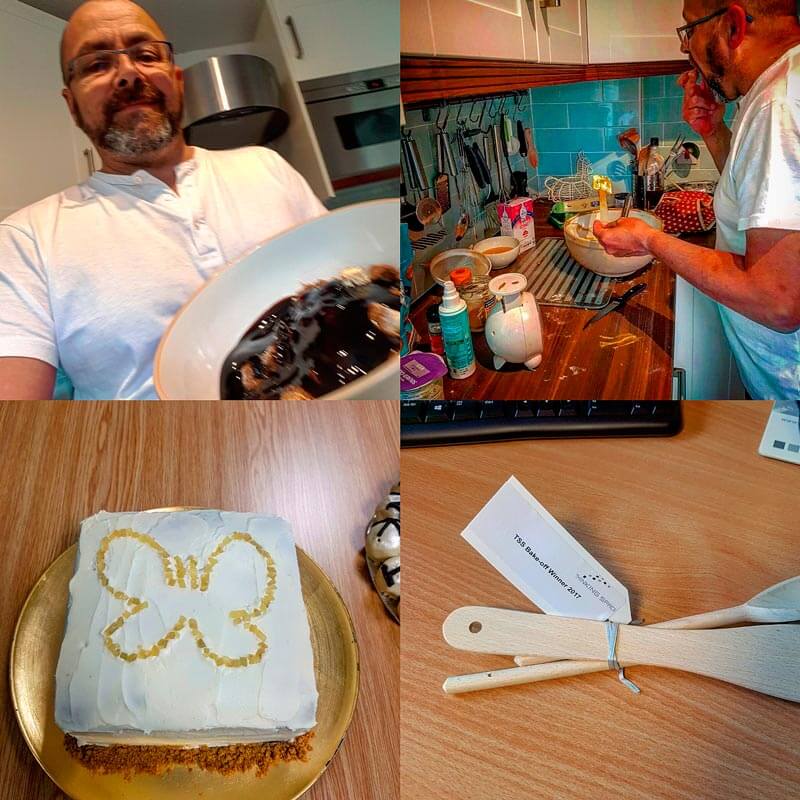 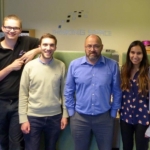 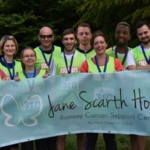