…a special purchase resulting from humble beginnings. The story goes that some months ago, a few keen enthusiasts, led by Antonio, decided to set up an activity during their lunch break in a bid to get some exercise. So a makeshift table tennis table was formed from an old tabletop, with bats made out of offcuts of cladding as their weapon of choice. From then on in, at every lunchtime, a rally ensued, and as the participants grew in number, the interest and competitiveness also increased. Before long, a full-blown league was formed with participants vying for a go.

Whilst onlooking colleagues marvelled at the sweat, vigor and sound effects the competition created during the usual peaceful lunchbreak, the equipment was really not fit for purpose and blamed for lack of performance by some.

So, to the rescue, our hero of the hour was Wayne, who treated us to a proper brand new table tennis table, with new bats and balls too!

When “many hands made light work”… or was it “too many cooks spoil the broth”, a team gathered to assemble the table tennis table. However  Patrick and James got the plum task of christening it in style.

Before long, the familiar echoes around the factory of a competitive game in progress resumed.

Catch up with our other news…we have a new face at Thinking Space! 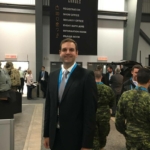 A new face at Thinking SpaceBlog 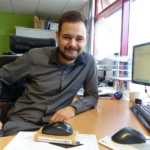 The Fastest Mouse in the House!Blog
This website uses cookies to help improve your experience. Find out more