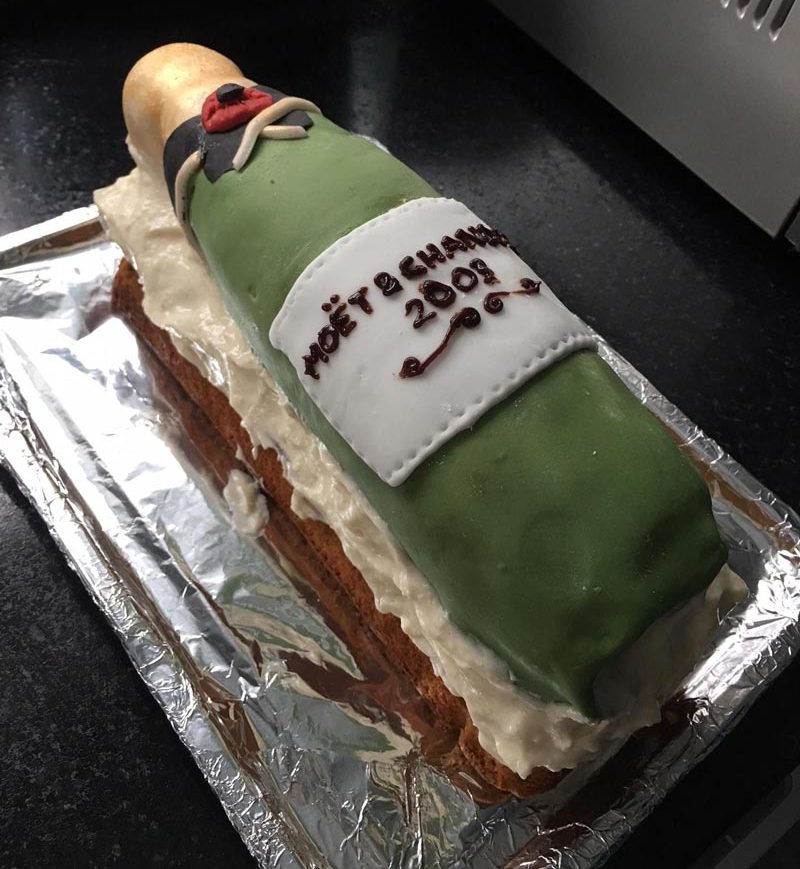 Our TSS Bake-off 2018 kicks off this week, as two Thinking Space contestants took up the culinary challenge once more.

With this year's theme being our 15th birthday, being celebrated in May, it surely had to be a birthday cake?

But as usual, the creative juices were flowing as Neil and Suzanne spent their Sunday baking.

Neil, a frequent baker amongst the team, decided on a chocolate swiss roll cake. To create his masterpiece, Neil had to make 5 swiss rolls - yes, 5! Neil sculpted them into a X and a V shape to create the roman numerals for the number 15, our birthday.

Neil added a finishing touch of chocolate frosting over the shapes, to complete his assembly, see photo below. 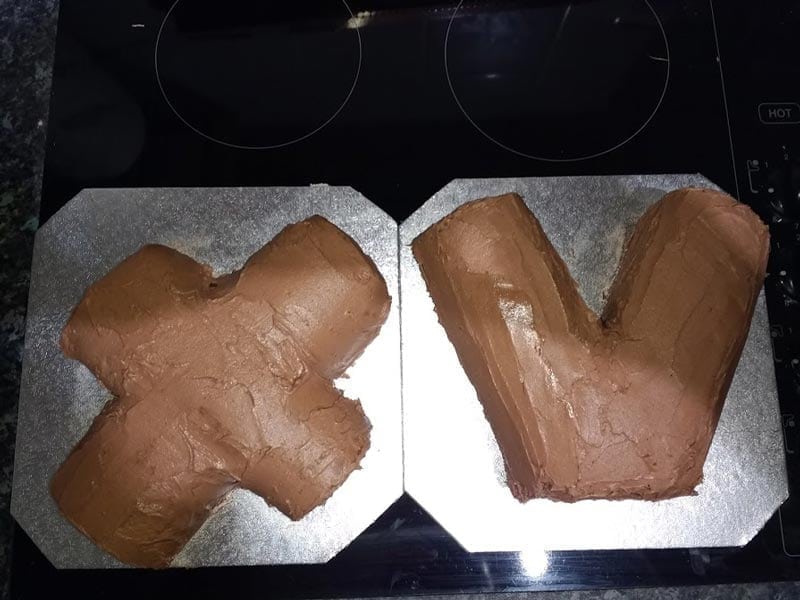 Meanwhile, Suzanne decided on toasting the celebrations...with a cake-shaped bottle of champagne.

With the bottle created from chocolate cake, it was covered with fondant icing and decorated to reflect the design of a Moet & Chandon champagne bottle, with 2003 as the year to match when Thinking Space was formed. Finally, a carrot cake bed was created to rest the bottle on, with some cardboard around to create a presentation box.

The judges (Matt, Barry and Darren) deliberated over each cake, with quite an organised scoring process involved. But finally a decision had been reached....Suzanne was deemed the winner of the first heat.

Both cakes were tucked into by the team here, with a donation made for each slice to go towards our charity of the year, Rose Road Association.

Now to heat 2 next week...who will be successful?

Find out more about the TSS Bake-off competition 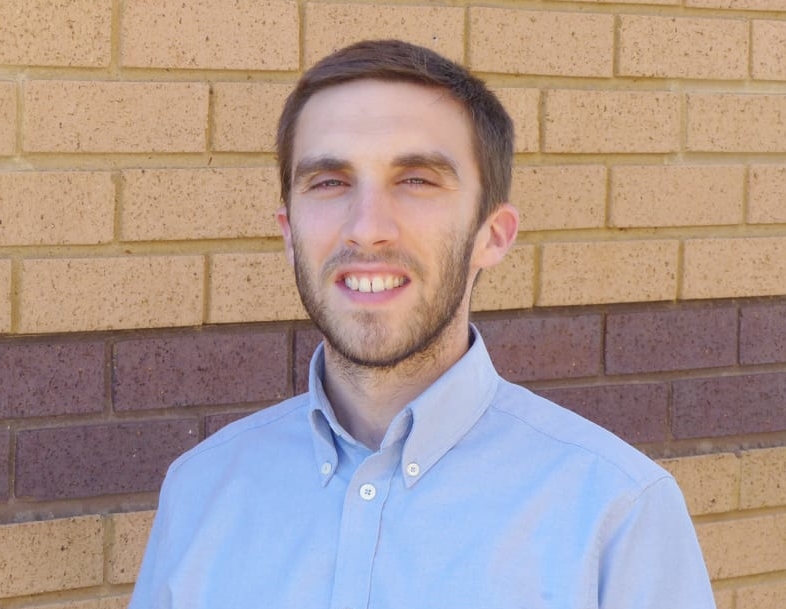