A Pair of Spectacles

We were excited to see the arrival of our remote colleagues and a pair of spectacles to our headquarters this week.

Because one colleague in particular had built up his arrival and had put us in a frenzy of expectation.

For those of you that know Jason, he is partial to a bit of gossip now and again. His big announcement was that he would be bringing something new with him.

A new pair of glasses.

So after weeks of speculation, the day finally arrived. Indeed, he did not disappoint us. They were a fine pair of glasses, as described.

However, as the events of the day unfolded, Jason’s thunder was well and truly stolen. During the evening meal at our regular haunt in Romsey, it was discovered as we gathered around the table, that fellow colleague Steve had a newer pair of spectacles than him!

Even though Jason eyed up the competition and claimed his were a higher spec, neither thankfully made a spectacles of themselves! 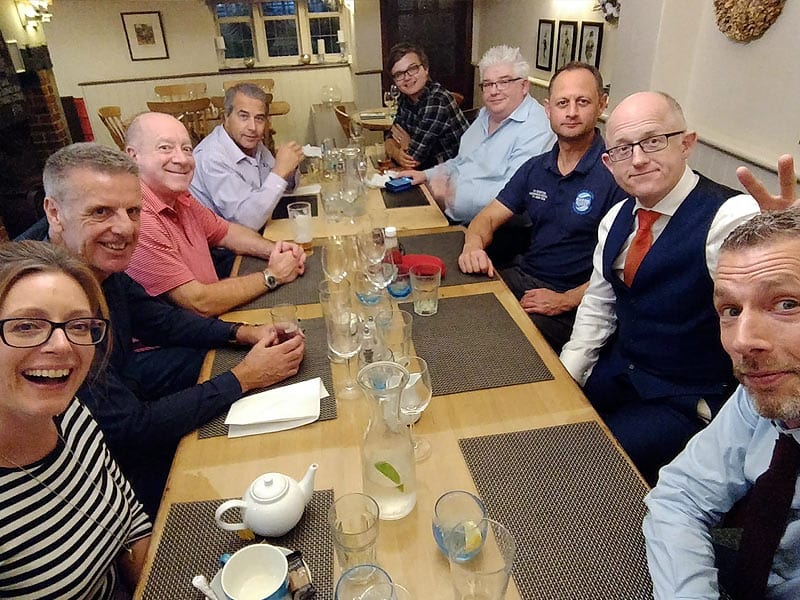 We raised a glass or two at our evening social