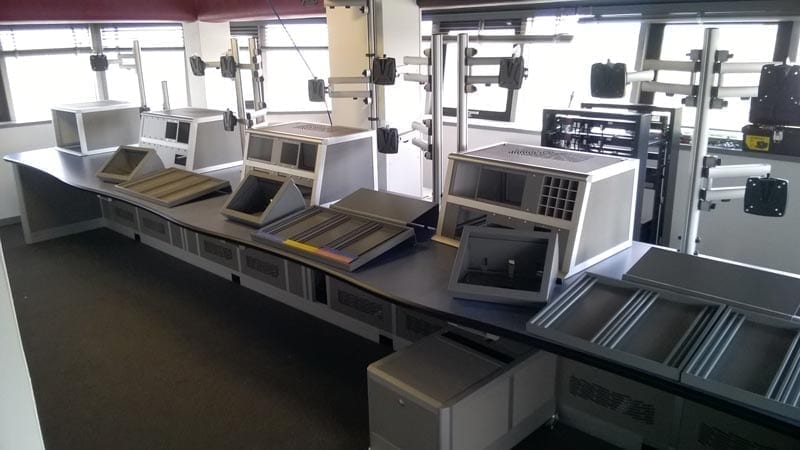 Leeds Bradford Airport had a requirement to refurbish the whole radar room, which included a strip out of the old furniture and replacement with an ergonomically designed new console for four operators. Several technical updates and new generation radar and associated equipment were being introduced, replacing older systems.

Leeds Bradford International Airport is located in the City of Leeds Metropolitan district, in West Yorkshire, UK. It was opened in 1931 and was known as Yeadon Aerodrome. It boasts the highest airport in England, at an elevation of 681ft, and is the 16th busiest airport in the UK, serving the cities of Leeds, Bradford, Harrogate, York and the wider Yorkshire region.

Thinking Space were tasked with providing brand new furniture and were able to colour match the technical furniture to the new colour scheme, resulting in a coordinated and impressive technical look. In a complex room shape below the main control tower, with sloping faceted windows, internal support columns and a sloping door, Thinking Space had to ascertain what operators had to touch, reach and view. Thinking Space worked very closely with LBA’s technicians to establish a workable design to fit within the envelope and constraints of the room, of which the possibilities for future expansions and futureproofing was of paramount importance. Lengthy and detailed discussions were first held at site and then at the Thinking Space factory in Hampshire, followed with testing of the design solutions proposed.

The old style fully enclosed consoles were replaced with a new open framework console, creating more space and light into the room. The four person console located the supervisor at one end, with two radar operators and an assistant alongside. Each required viewing and interaction with multiple monitors, equipment pods and desktop flight strip holders.  PIP housings and equipment pods were specifically designed, as well as a mobile flight strip printer trolley for the room.

With the refurbishment works being undertaken by the client, a temporary radar room was set up elsewhere, allowing Thinking Space to install the console without affecting day to day operations. However, as in most ATC environments, access was difficult as the radar room was located via a tight staircase. Thanks to careful planning and sizing of the modular console, the parts were transported to site and carried up the narrow stairs, where final assembly and finishing of the console was completed within the radar room space. 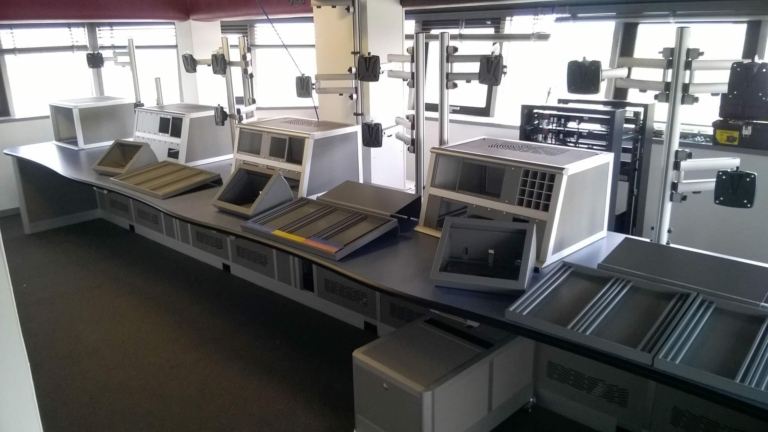 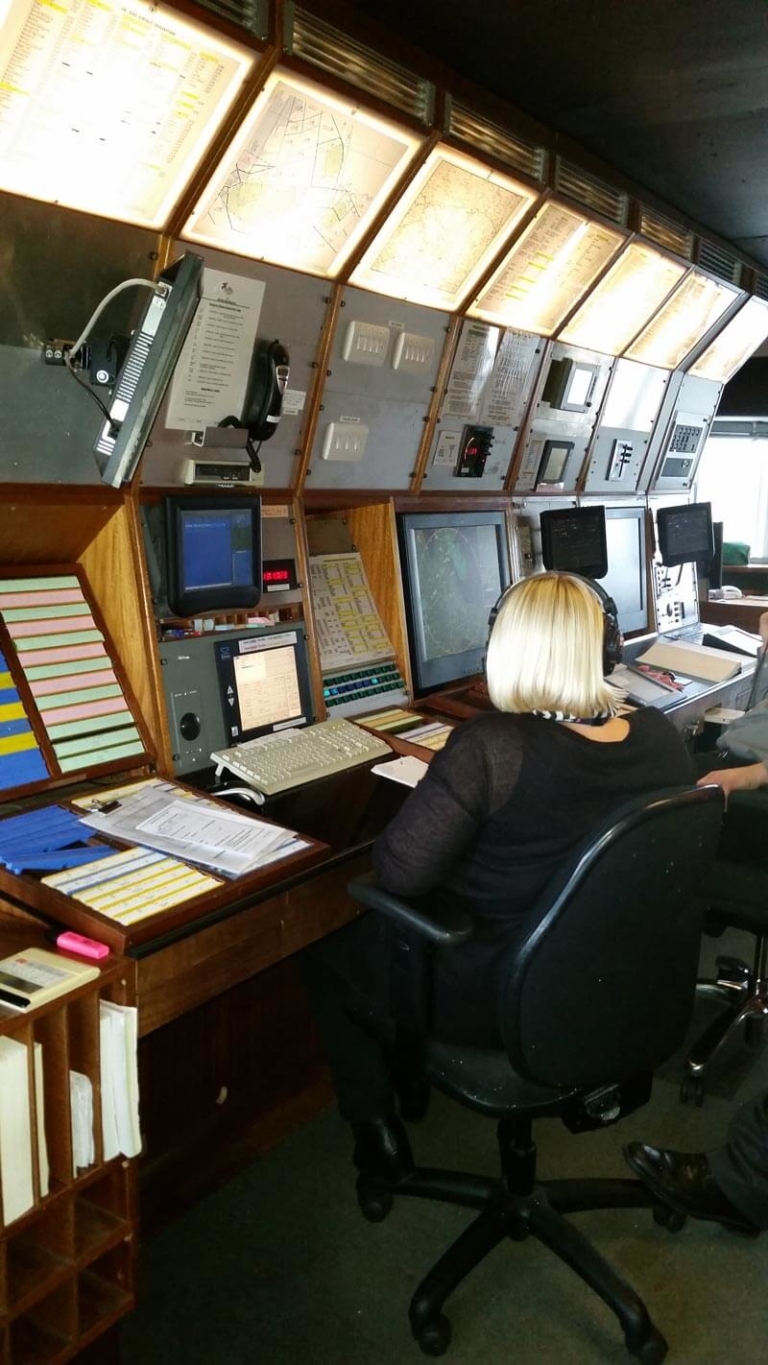 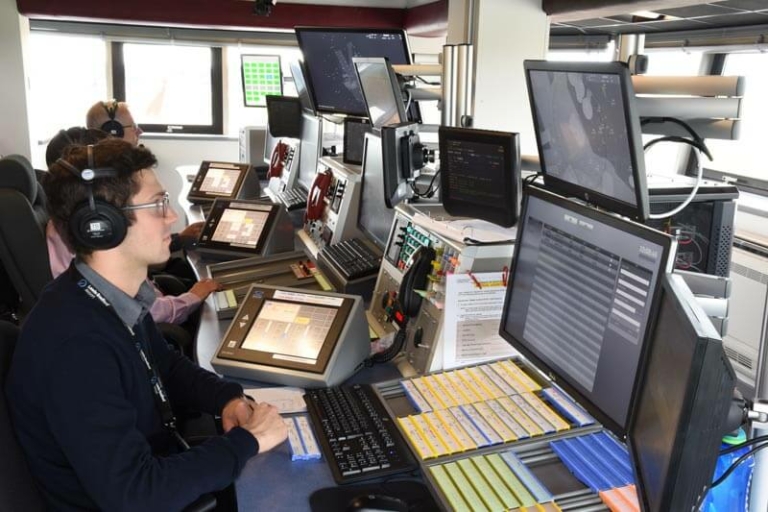 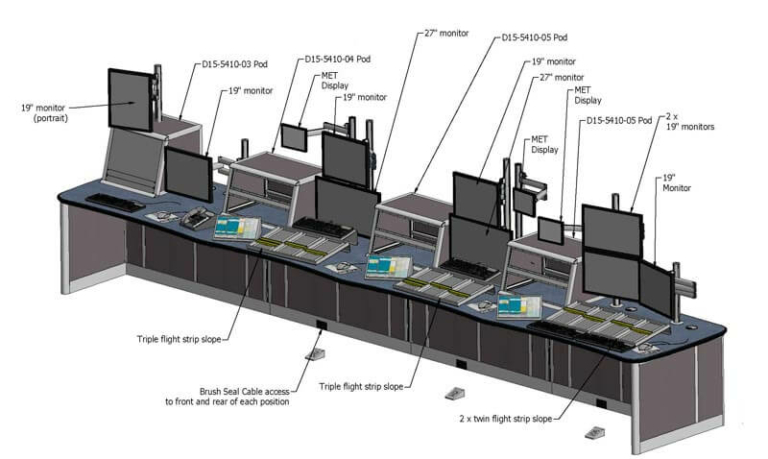 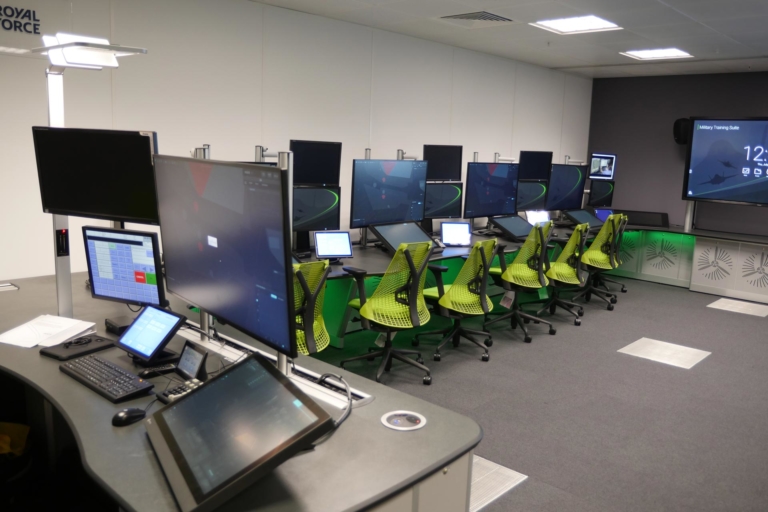 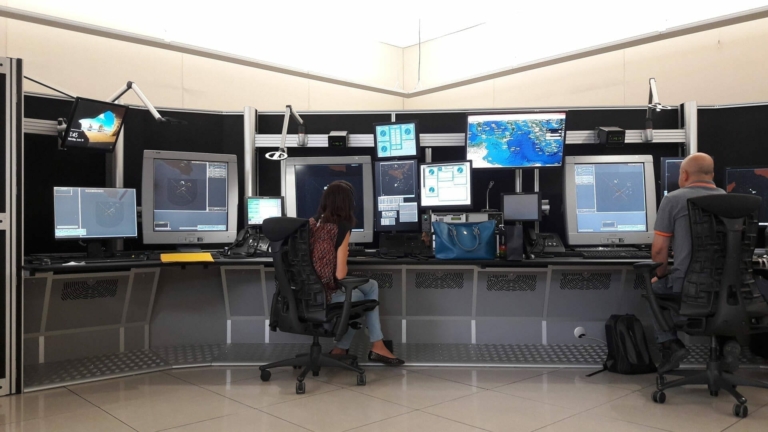 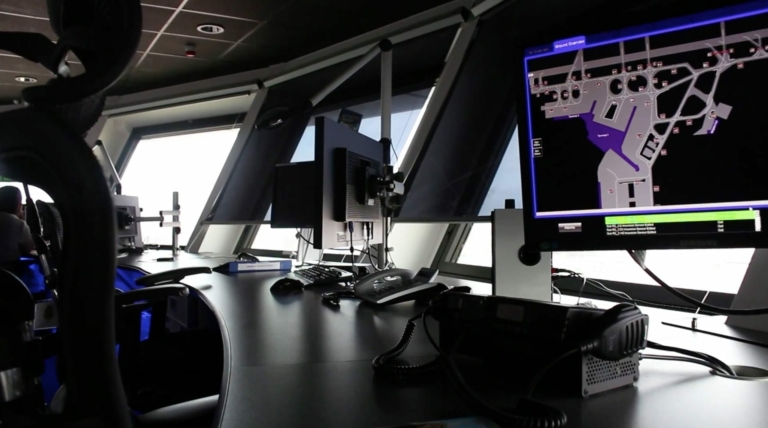