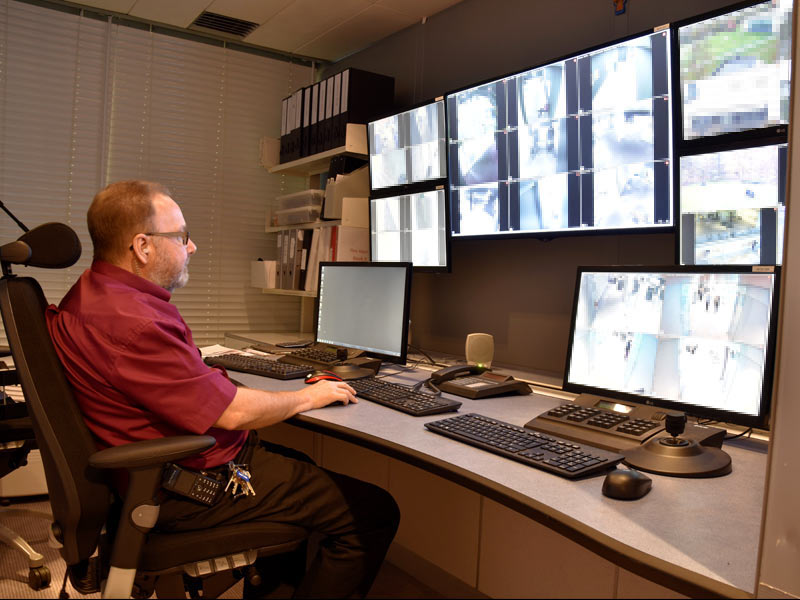 The security control room at the University of East Anglia (UEA) was to be upgraded and Thinking Space were tasked with providing control room furniture after meeting the then Head of Campus Support, Christine Beveridge, at the AUCSO exhibition at Loughborough University in 2015. The original project to provide a two operator console and media wall was completed four months after their ﬁ rst meeting. A further requirement arose three years later for a new control desk at the Sainsbury Centre. Based on the relationship built up over the previous three years Thinking Space were the number one choice to install a new two operator console and media wall during the summer 2018.

Established in 1963 in the town of Norwich, Norfolk, United Kingdom, the UEA hosts a student population of 15,058 and a staff total of 3,347. Much of the campus is located in 320 acres of parkland but conveniently located 2 miles from the centre of Norwich. Facilities include an Olympic sized swimming pool and the world-famous Sainsbury Centre for Visual Arts, a major national centre for the study and presentation of art. The UEA have some pretty interesting facts associated with their history. They have the ﬁrst and best MA course in Creative Writing in the UK. They are known for their cutting edge environmental science research and are a leading member of Norwich Research Park. One Alumni co-discovered Hepatitis C. They are ranked 12th in the Good University Guide 2017 and 14th in the Times Good University Guide 2019

As part of the Thinking Space design consultation, a site survey was completed by the sales team, then 3D drawings were provided so the client could visualise how the room was going to look and work for them. What helped was that from their initial meeting, Thinking Space were able to establish a rapport with the staff at UEA. Immediately, they could see they were in safe hands and understood the issues facing a security control room environment. Christine Beveridge, Head of Campus Support at the University was full of praise for their new improved environment upon completion of the project, which was installed during the summer of 2015.”Thinking Space were professional throughout the entire project process. So easy to work with, they took all the problems away and delivered a completed project on time and on budget. The staff love working in the new environment and have a renewed focus because of it”, explained Christine.

Thinking Space continued to build the relationship and met Christine at several of the AUCSO events following the initial project. They also built up a partnership approach with security integrator Check Your Security, who were responsible for the delivery of the UEA’s control room upgrades.

This led to a further project being undertaken in 2018 at the Sainsbury Centre. A prominent art gallery the Sainsbury Centre provides the largest climate-controlled exhibition space in Eastern England. Housed here is the art collection of Robert and Lisa Sainsbury, as well as the Anderson Collection of Art Nouveau and the University’s Abstract and Constructivist Collection as well as temporary galleries. Thinking Space were the number one choice to provide security control room furniture for this iconic venue.

A key design requirement for both refurbished rooms was to provide better use of space. Both required two position consoles with plenty of workspace for desktop control equipment. Each console was to be positioned in front of an Evolution Media Wall, provided by Thinking Space. Large flat screen monitors would be used to manage CCTV images from across all 320 acres of campus. Three 50” screens were accommodated on the media wall in the main control room, with three desktop monitors mounted per operator using the Moni-Trak perfect positioning rail and Novus ergonomic monitor mounts.

With the Sainsbury Centre, the challenge was to provide a console which was ergonomic yet fitting within the confines of a smaller space. PC bays and under desk storage were omitted to allow the console to abut the wall. A media wall with five screen configuration was provided. One large monitor takes up centre stage, with four smaller monitors surrounding it.

Thinking Space revisited the university in November 2018 to see how both the control rooms had turned out, and could see for themselves the impact the modern environments have had on staff working there. Sales Specialist Neil Walker explained “I have worked with University security staff for many years up and down the country, and always look forward to being able to help the education sector by improving their working environments. Keeping staff and students safe on campus and in the towns where the universities are based is so important. We provide solutions for maximum comfort and wellbeing of staff in 24/7 working environments. Having staff that are comfortable, focused and motivated when working longer hours as they monitor day to night footage can only be positive for the safety of all”. 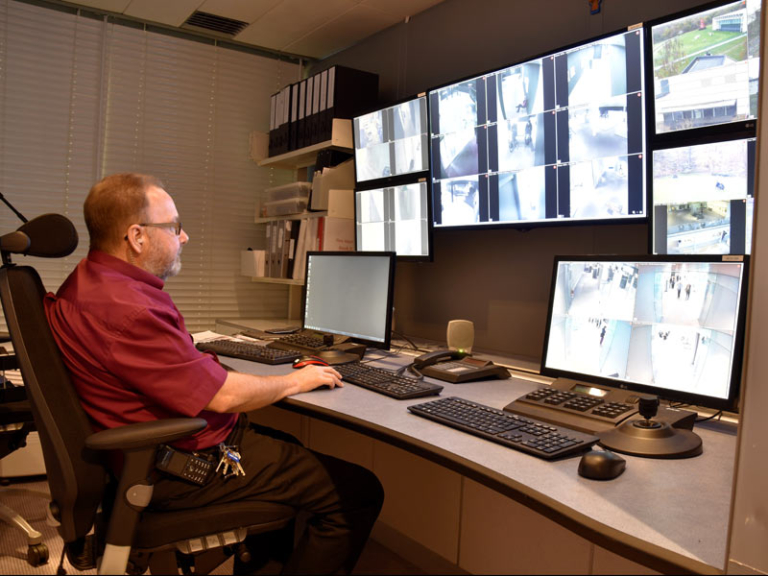 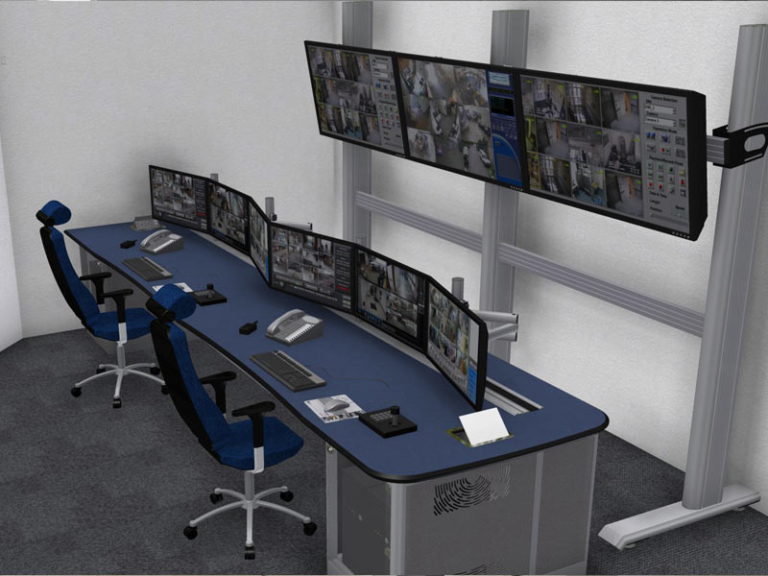 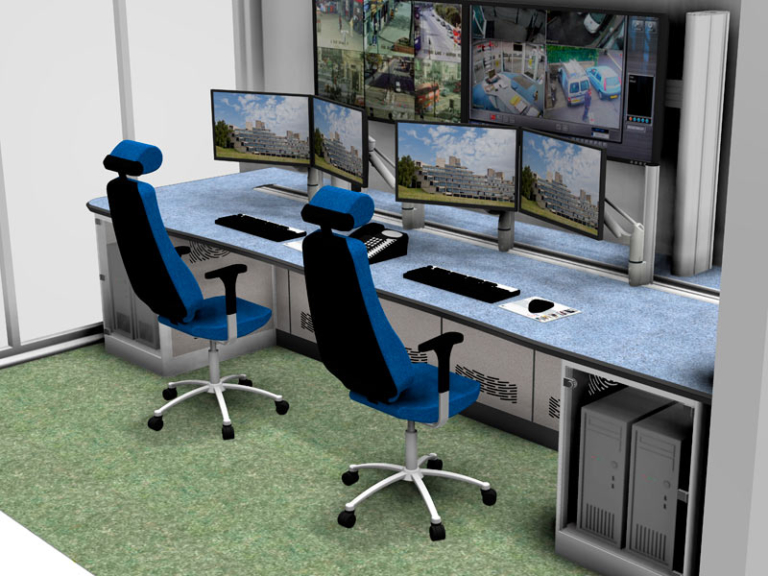 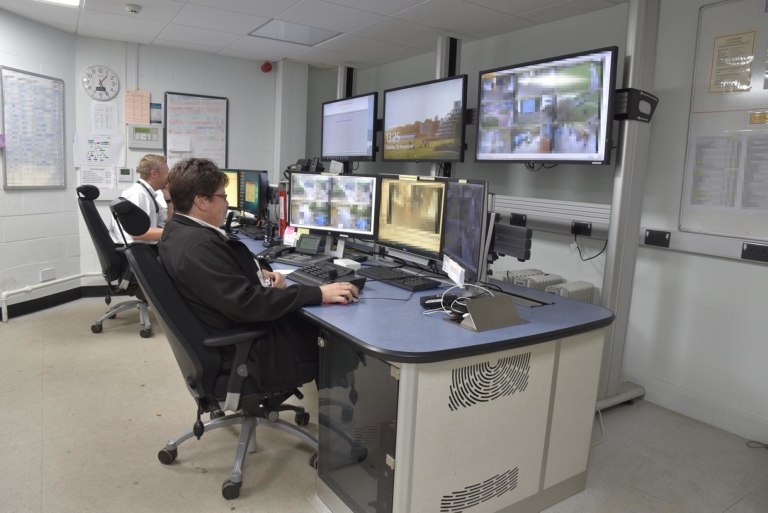 “Thinking Space were professional throughout the entire project process. So easy to work with, they took all the problems away and delivered a completed project on time and on budget. The staff love working in the new environment and have a renewed focus because of it” 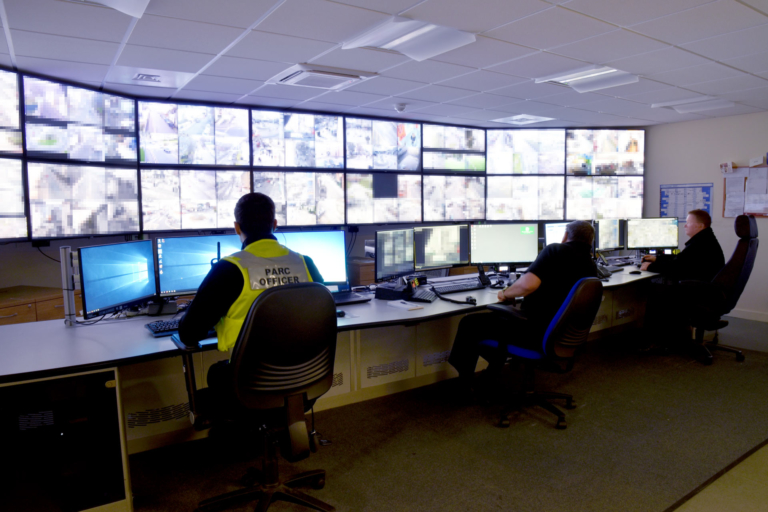 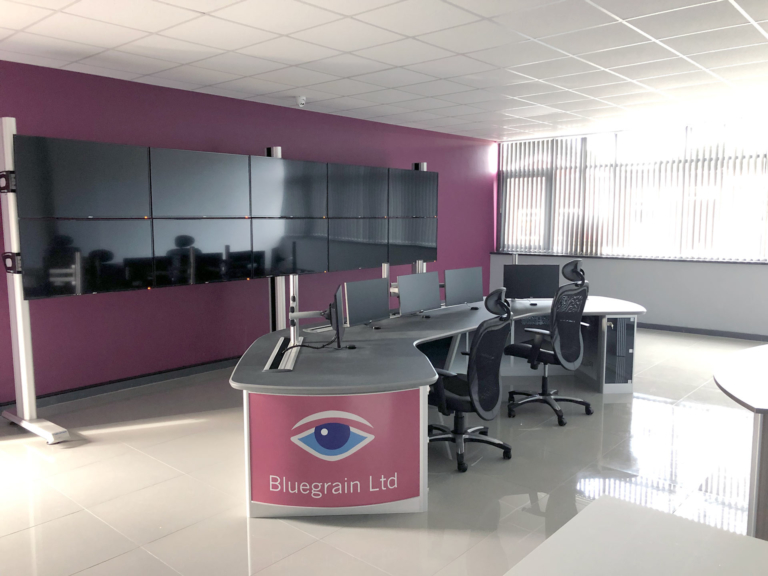 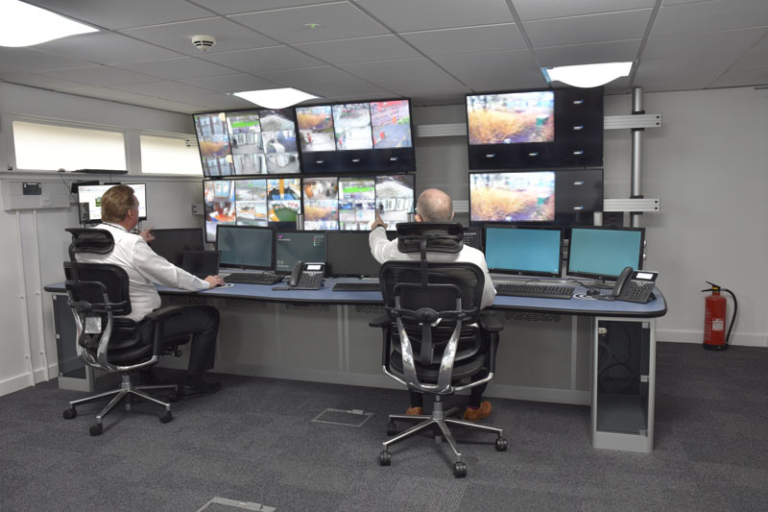 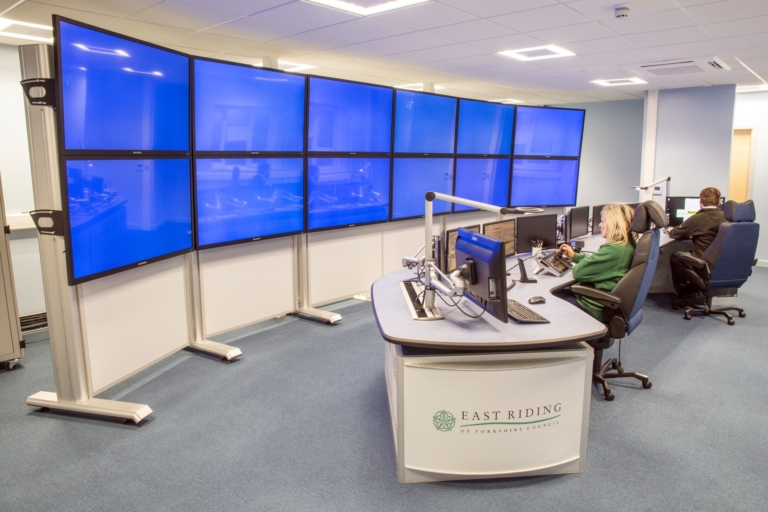 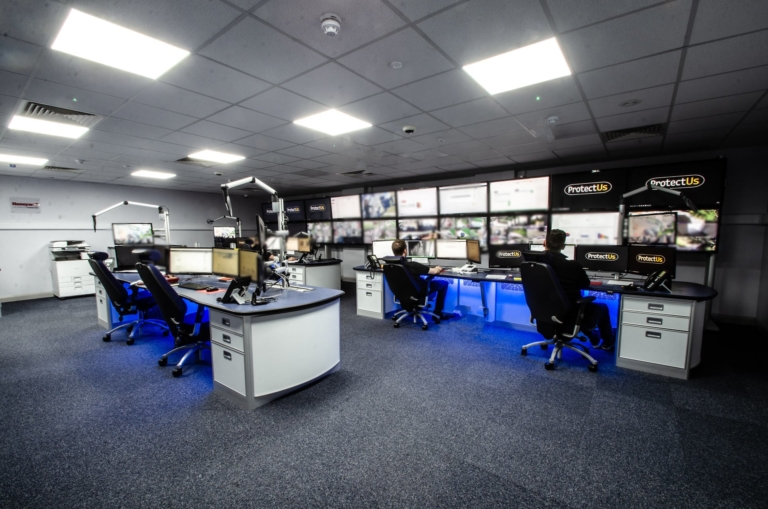 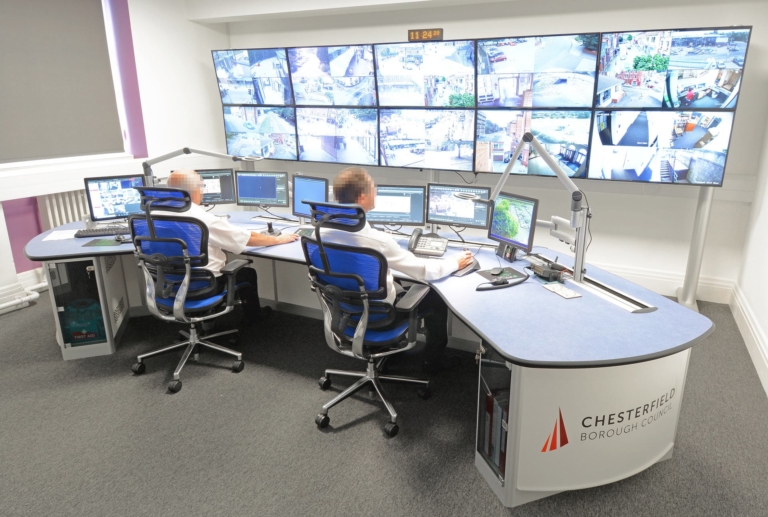 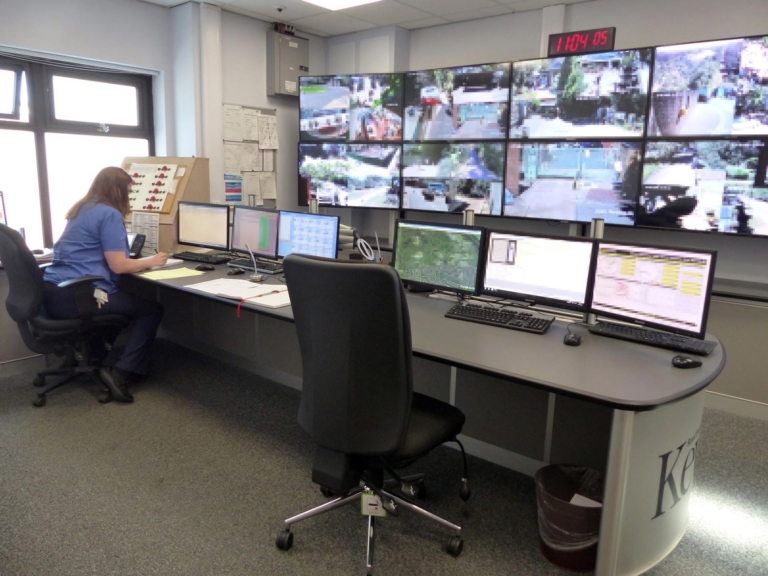 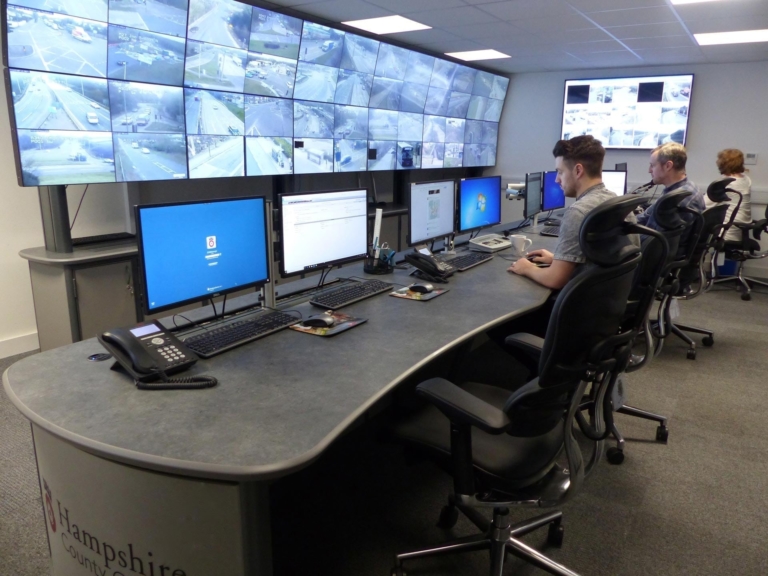 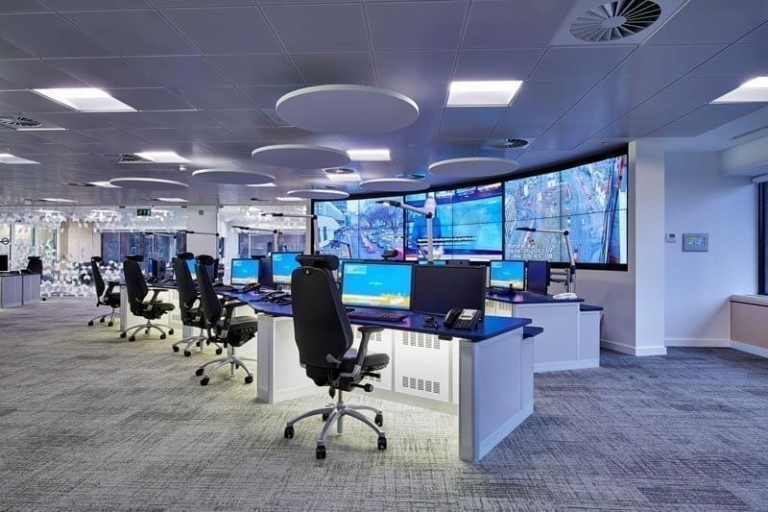 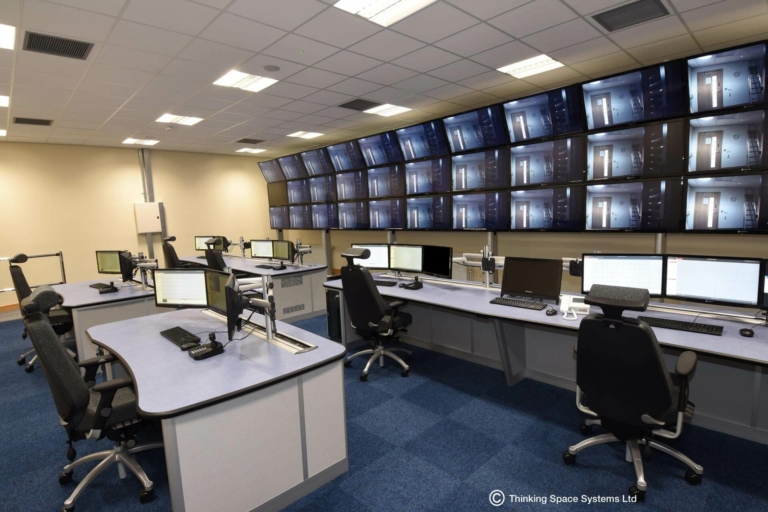